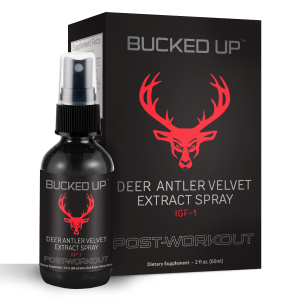 Deer Antler Spray and the Media

Ray Lewis of the Baltimore Ravens was just one of the many athletes who received media surrounding deer antler spray.

As reported by National Geographic, Deer Antler Velvet can be “effective in healing some cartilage and tendon injuries”.* WebMD, Men’s Health, and livestrong.com have featured the benefits of the spray.

It first burst into the media in 2013 after rumors circulated that Ray Lewis used the spray to help him recover from a triceps injury.

Deer Antler Spray received so much attention in 2013, it’s no wonder the product boomed in popularity and used regularly by athletes of all levels. It is so effective that many companies have featured it in several articles. Some of these articles are positive, praising the benefits achieved by using it, while some aren’t so positive. We offer a 100% money back guarantee on our product because we are confident that it does what we say it will. We stand behind our it completely and wouldn’t put something on the market that we didn’t believe in.

Most recently, it was in the media when 37-year-old bodybuilder and bikini competitor Mindi Jensen faced the threat of losing her job as a teacher when students at her school found pictures on her personal social media account showing her participating in the sport that she loves. Jensen stood her ground and ultimately maintained her job. So, Deer Antler Spray will no doubt continue to be a controversial product for years to come, and we look forward to being along for the ride and continuing to see the benefits our athletes gain from the use of our spray.

Learn more about and purchase it here and read about Deer Antler Spray recovery.

* This statement has not been evaluated by the Food and Drug Administration.
This product is not intended to diagnose, treat, cure or prevent any disease.