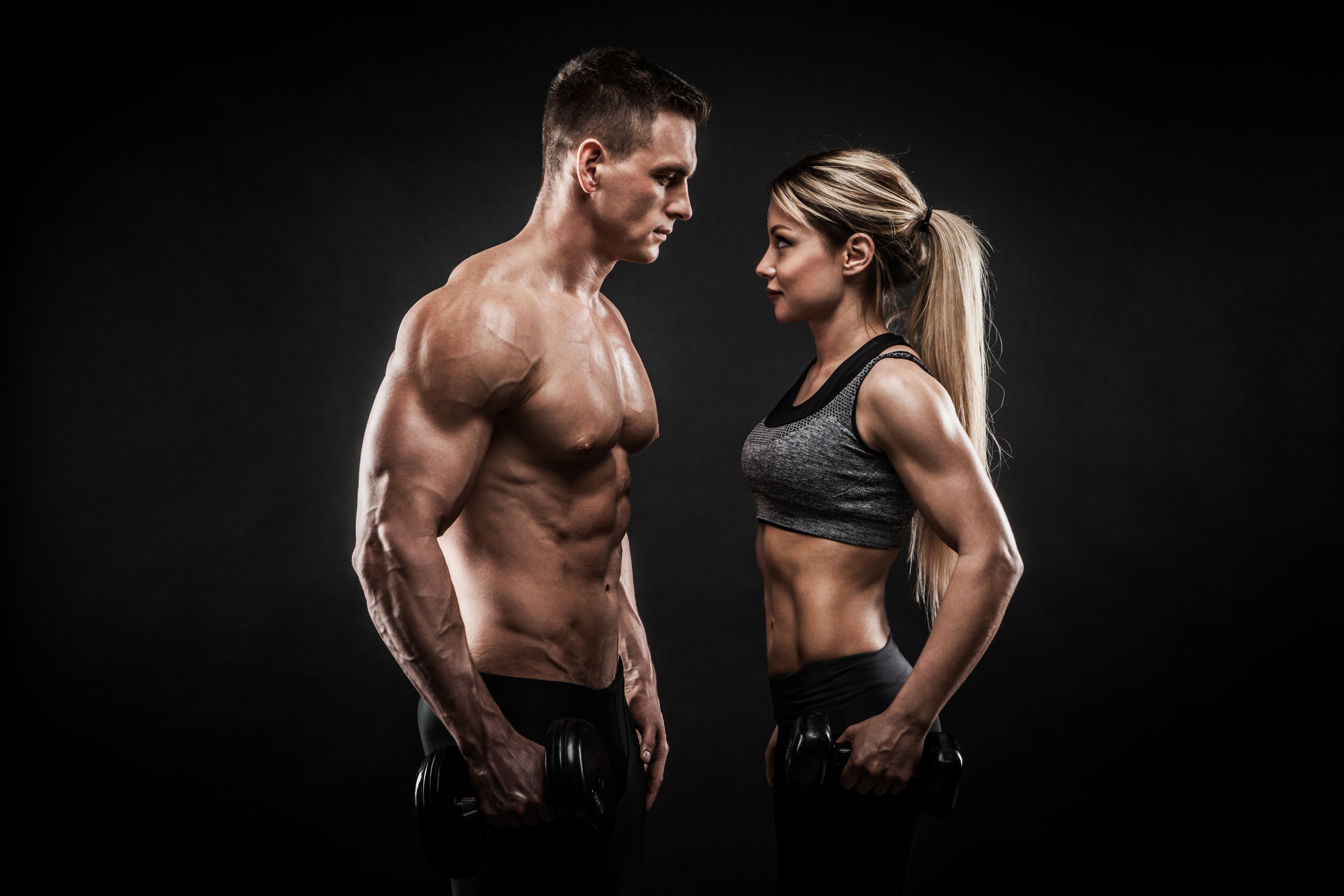 Practice: The Key to a Better Physique

“The separation of talent and skill is one of the greatest misunderstood concepts for people who are trying to excel, who have dreams, who want to do things. Talent you have naturally. Skill is only developed by hours and hours and hours of beating on your craft.” – Will Smith

In this article, we’re going to address a widely held view of what bodybuilding is and what it entails and how to get a better physique. And then, we’re going to open up the lens of perception to see the bigger picture.

And yet, despite sharing a relationship with both sports and art, there is a strange disconnect with how a bodybuilder approaches their craft, and how an athlete, scholar, or artist approaches theirs.

While different in many ways, one similarity anyone considered a master in their field holds is how they perceive their craft; as a skill. And as Will Smith said, skill is only developed by hours and hours and hours of beating on your craft.

Bodybuilding has been pigeonholed into meaning things like; lifting for a bodybuilding competition, flexing it out, etc., but that’s not what it actually means. Call me a sucker for the English language, but I interpret words according to their definition, not by what the claims. And, according to the dictionary, bodybuilding by definition is; “The practice of lifting weights, exercising, etc. so as to develop the muscles of the body.”

In other words, it is simply to improve your body, and therefore pretty much any physical activity could be considered bodybuilding. Anyway, there is a reason the first noun in bodybuilding’s definition is practice. In order to develop your desired physique you must treat the act of bodybuilding as more than just working out, tearing down muscles, and definitely more than getting a damn pump (although a nice pump is always enjoyable).

You must treat it as a skill, one which must be developed through hours of practice.

In Malcolm Gladwell’s book Outliers he posits that the only way to achieve mastery in one’s skill — whether that be music, sport, art, etc. — is to put in hours upon hours of practice. 10,000 to be specific.

While the rule of 10,000 hours has been widely disputed — and for good reason:

Apply the 10,000 hour rule to bodybuilding (or any form of fitness), and I guarantee you’ll achieve greater results and a better physique than you even imagined when you started.

“Improving by 1 percent isn’t particularly notable—sometimes it isn’t even noticeable—but it can be far more meaningful, especially in the long run. The difference a tiny improvement can make over time is astounding. Here’s how the math works out: if you can get 1 percent better each day for one year, you’ll end up thirty-seven times better by the time you’re done. Conversely, if you get 1 percent worse each day for one year, you’ll decline nearly down to zero. What starts as a small win or a minor setback accumulates into something much more.” -James Clear, Atomic Habits

That is why, aside from my predetermined rest days, I do not miss workouts. Every workout, no matter how shitty, is still another hour spent honing skills. Some of my best learning moments in the gym have been on days I didn’t want to train. This is why I always recommend pre-workout as the first supplement a person needs to purchase to help get a better physique (hard to skip the gym when your skin feels like it’s being pricked by a thousand needles).

And even on the workouts that truly did suck, that felt like a total waste, I look back on with fondness; although I probably didn’t make any gains that day, I accomplished things equally important:

Of course, to minimize the bad days, it’s important to supplement properly for recovery. I’d recommend adding in:

Oh, come on. You knew a plug was coming sooner or later.

The Regression of Modern Day Bodybuilding

In Pumping Iron, there’s a famous quote by Arnold where he explains; “Good bodybuilders have the same mind when it comes to sculpting that a sculptor has. You have to analyze; you look in the mirror and you say, ‘okay, I need a little bit more deltoids, a little bit more shoulders.’ So they get the proportions right. So what you do is you exercise, and put those deltoids on. Whereas an artist would slap some clay on to both sides. That’s maybe the easier way. We go through the harder way, because we have to do it with the human body.”

Ignoring the fact that he clearly has no idea how difficult sculpting actually is (and that were it not for the movie and politics Serge Nubret would’ve kicked his ass that year — yeah, I said it, come at me bro), Arnold makes a solid point.

To really be a great bodybuilder, you must develop an artistic eye, a strong mind, and a ridiculous work ethic.

The problem, I’ve found, with some bodybuilders today is that so few put in the right hours. Sure, they eat “right”, do their cardio, hit their lifts, but they don’t practice. What I mean by that is while they put in the work, they don’t actually practice. There’s a difference.

Too often, we hire coaches and just swallow whatever routines and meal plans they shove down our throats. There’s no learning, no testing what our bodies respond to both in the gym and in the kitchen, or design.

That’s why so many bodybuilders today — as opposed to golden age guys — look like replicas of each other. They’re all following the same workouts, hiring the same coaches, and taking the same drugs. I’m not bagging on hiring a coach, every master has at one point been a student. What I’m saying is that bodybuilding, unlike our current education system, is about learning, not just passing the test (winning the next competition).

When you train, strive to learn and grow. Not just your physique, but your knowledge. Practice and sharpen the tools with which you build your sculpture.

Absorb everything you can, learn from others, but also question what they have to say. This is your journey.

Remember, your physique is your work of art, no one else’s. If you were building a house (with no budget), you’d pay attention to every corner, every column, and you’d make sure it was somewhere you want to live. Treat your body the same way

When prepping for a show, dedicated bodybuilders will spend hours upon hours practicing their posing. And yet, how many of us apply that same mindset to the activity that built a physique even worth posing? Not many. Part of what’s to blame is science if you ask me. There’s always some new study coming out about overtraining, how many hours to train for in a single session, best angle, etc. Science is always there with the new right answer, and the optimal route to take for muscle growth.

For example, studies have “shown”:

Those are just a few. I’ve selected them because they’re the ones I’ve personally found inapplicable to my own growth. If I don’t take at least 70% of my sets to absolute failure in a practice session, I feel like I’ve let myself down. I do dropsets nearly every workout. I lift fasted 90% of the time. I rarely eat over 2500 calories and often eat less. When time permits, I lift between 2-3 hours.

I am 30 years old, natural, and since I decided three years ago that pencil pushers in a lab don’t always know better than me, I have made consistent gains. I’m not the biggest or most aesthetic guy out there, but for a nerdy writer, I do all right. And each year I get a little better physique.

Here’s what’s even more intriguing, to me at least. A fair deal of the studies I referenced earlier has been disproven in new studies.

As the great Jerry Ward, of bio3training, once said: “When Science and Broscience come to a gap (in knowledge), Science stops to gather data. Broscience, on the other hand, just builds a damn bridge. And more often than not, Science catches up later.” [I probably got that quote wrong by a few words. Sorry, Jerry.]

Sometimes, it’s just about showing up. Every hour of intelligent practice adds up. Every time you train, you’re one rep, one set, closer to your goals and better physique. Each time you keep to that commitment, you’re not only building muscle (and burning fat), you’re also building your character. And really, what’s more important than that?