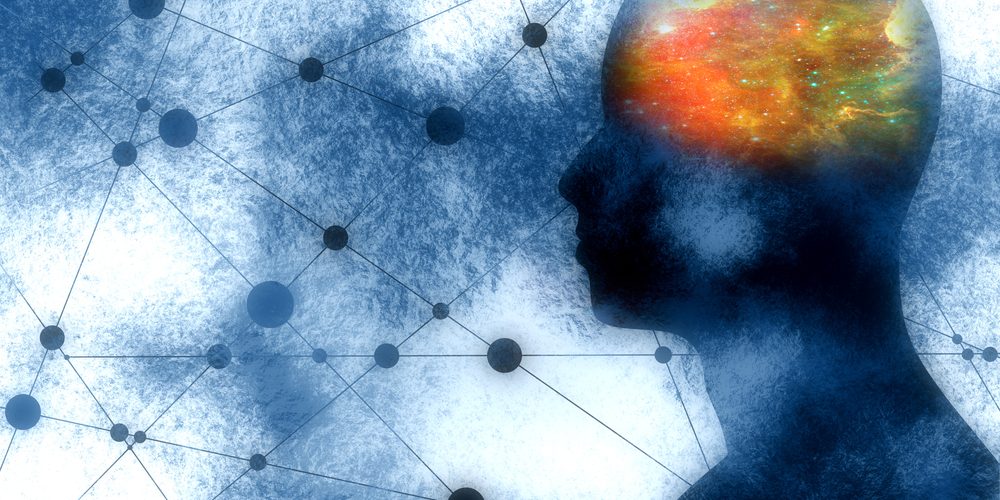 If you’ve ever attempted a restrictive diet and found yourself in the throes of brain fog, elevated stress, or just downright miserable, I feel your pain. After years living in a caloric deficit and experiencing all the aforementioned woes, I decided to prioritize mental health over eight pack abs (novel idea, I know).

That being said, there was no way I’d give up the quest for my dream physique; I’m far too stubborn for that. As a result, I researched how to optimize my nutrition and supplementation so I could maximize my gainz (and shreds), without sacrificing mental health or cognitive function.

What I’ve found has helped me improve my focus, moods, and motivation, it’s also proven beneficial for physical fitness.

Where many people go wrong when trying to lose fat is that they overlook the power of the mind as well as how much it dictates our physical progress. I’m just as guilty of this as anyone; I prioritized macronutrients over micronutrients, and fat burners over nootropics (nootropics are supplements with cognitive benefits).

Balance is a challenge, especially if you’re just starting out. But eating and supplementing wisely will deliver exponential growth — far beyond focusing solely on fit body goals. The first switch that really needs to occur is learning to value brain gainz.

Here’s the thing: Unlike the body, which is often associated with calories for performance, the brain frequently gets left out of the equation. Sure, now that I’ve mentioned it, you might say “Well, I knew that,” but really…how many times have you found yourself thinking I’ve been solving problems and studying for two hours, so I’ve used up probably 200 calories just sitting here. Not counting my typical metabolic rate! I really need to ingest some more units of energy if I want to meet my deadline.

I highly doubt you’ve ever had that — admittedly exaggerated and super-awkward — internal dialog. It’s just not how we’re wired to think. This is especially true for those of us with fitness goals. We’re taught to think about base metabolic rates (how many calories your body uses up in resting state), and how to fuel workouts. Things we’re not told:

It’s time to change that.

This class of vegetables includes ones like broccoli, cauliflower, brussels sprouts, cabbage, and collard greens. They are beneficial for brain health due to sulforaphane, a sulfur-containing compound with anti-inflammatory and antioxidant properties found in cruciferous vegetables. Sulforaphane can also promote the growth and repair of brain tissue. This process, called neurogenesis, is one that was long thought to only occur in children and their developing brains. We’ve recently discovered (not me personally, but, like, real scientists) that this phenomenon actually occurs within adults as well. Our brains are continually growing and repairing.

There’s a strong link between neurogenesis and depression and — to a lesser degree — anxiety and schizophrenia. Although further research is needed, it is believed that new neurons generated in various regions of the brain could play a role in mental health. (*)

Containing virtually no fat, and very little net carbs, these super-powered vegetables pack monumental amounts of vitamins and minerals, including potassium, calcium, folate, and vitamins A and K. Reports point to vitamin K providing modulatory effects in cognition — alleviating some of the brain fog effects from caloric deficits.

Used for thousands of years as a medicine spice, Cinnamon is filled with phytochemicals (healthy plant compounds) and contains both health and brain benefits. Animal studies show cinnamon extracts seem to slow as well as improve some symptoms of neurodegenerative issues.

Cinnamon can also improve blood flow. Not only is that beneficial for your cardiorespiratory system, it may deliver better pumps, and oh, cinnamon has a unique benefit in that compounds found within can cross the blood-brain barrier; better blood flow to the brain means more oxygen to the brain, resulting in improved function.

Green tea encourages healthy mental states in a myriad of ways, one of them being that because it’s naturally rich in polyphenols, it can be neuroprotective. But what’s really impressive is its L-theanine content. L-theanine is an amino acid that effectively crosses the blood-brain barrier and has psychoactive properties (don’t get too excited, it’s not psilocybin).

Theanine increases levels of GABA, serotonin, dopamine, and can even reduce mental stress, leading to feelings of relaxation. Serotonin imbalances are known to be problematic for mental health. Dopamine is often called the pleasure neurotransmitter. GABA plays a massive role in quality of sleep. All of these effects put together…the results should be readily apparent.

Okay, you already know it’s delicious. You know caffeine can temporarily boost alertness, mood, and energy. The benefits don’t stop there, though. A study published by the journal Nature Neuroscience showed that coffee can improve memory recall for up to 24 hours post-ingestion. On top of that, numerous studies have been conducted on coffee’s effects on neurodegenerative diseases; I can’t name them specifically (thank you Mr. Goo-Gle).

To provide even more reasons to drink the nectar of life, studies have shown that coffee can decrease risk of some mood-related disorders. Caveat: drinking coffee too late in the day can hinder sleep, and if you’re already battling mental fatigue, it might be prudent to switch to a half-caff or decaf brew. They still have a lot of the same benefits such as polyphenols, but with less caffeine they won’t further your adrenal fatigue. (Can you hear that? It’s your adrenal glands. They’re crying and asking for a nap. Don’t listen. You’re the boss. You have work to do.)

It’s a superstar in nutrition. Period. That’s it. But really, not only is quinoa one of the most macro-friendly carbohydrate sources, boasting more protein than rice or wheat (and almost as much as milk), it’s also low on the glycemic index. This is especially beneficial when dieting and maintaining optimal brain function since something high on the index spikes blood sugar levels, leading to a crash later on.

As far as its underlying brain benefits go, quinoa is a strong source of riboflavin (vitamin B2). Vitamin B2 improves energy metabolism in brain and muscle cells.

These unique starchy carbs are equipped with an extract called “caiapo,” which is believed to improve blood sugar regulation. So much so that its been dubbed a natural insulin sensitizer. That’s important because stable blood sugar is crucial for brain and mental health.

Rich in antioxidants such as vitamin C and vitamin A. Sweet potatoes can help soothe inflammation. Although we don’t know if there is a direct link to better brain function in humans by eating these delicious carbs, several studies show cognitive benefits from the antioxidants and anti-inflammatory effects sweet potato extracts fed to rodents. We might not be rodents, but a solid diet might just be the key to getting ahead in the rat race; better yet, breaking the walls that confine us to the track and paving our own path to (subjective) success. Sweet potatoes are a staple in that diet.

Muscle recovery, brain function, and…wait for it…promotes healthy fat loss. Grass-fed beef doesn’t just promote fat loss because it has plenty of protein. One of the key fatty acids found in grass-fed beef is called CLA (conjugated linoleic acid). These fatty acids have shown several health benefits — hence why we have it available in our RAW line — among which is that CLA actually helps curb cravings, breaks up stubborn fat cells. It’s also rich in antioxidants. Not to beat you over the head with this, but antioxidants are stellar for cognitive function and brain health.

If that weren’t enough, grass-fed beef provides up to six times more omega-3 fatty acids that grain-fed beef. Here are some of the benefits of increased omega-3 consumption:

Ever wonder why blueberries seem to deliver instant happiness? It’s not just because they’re delicious (if you disagree, go ahead and try some half-frozen blueberries with peanut butter [you’re welcome]). due to a fascinating antioxidant blueberries are loaded with known as Pterostilbene, blueberries boost the brain’s release of dopamine. Dopamine is our motivation, feel good, neurotransmitter.

Although antioxidants are pretty much all brain-beneficial, Pterostilbene is particularly powerful. It’s a fat lover (aka lipophilic), and since the brain is primarily made of fat, they’re sort of the perfect pair. Pterostilbene helps fight any free radicals looking to damage its partner, and it keeps inflammation in the brain at bay. Neuroinflammation increases the risk factor for depression.

Here are some other honorable mentions that can also benefit the brain and overall mental wellbeing.

I’m all about a healthy diet, and I am often pretty regimented when I put my mind to staying on track. Getting the mind on track is where it gets difficult at times, though. Ask any competitor or rigid dieter, when you’ve dieted into aesthetic despair nothing sounds like a good idea except eating junk. This can make eating consciously a challenge.

Supplements are kind of cheat codes in the sense that they can pack several of the same benefits as foods, and even benefits that many foods don’t deliver (enough of). Obviously you don’t want to replace nutrition with supplements entirely, but they can certainly boost you into better brain function, mental well-being, and often even beyond.

Here are just a few suggestions. Some of which you might already be taking!

Oftentimes, one of the reasons for declining mental health is poor sleep quality and increased cortisol levels (which actually go hand in hand). We’ve all experienced the brain fog after a bad night’s rest. When those nights start stacking up, we get a domino effect of one symptom crashing into another then another until we’re walking zombies…that don’t even get excited about eating brains anymore because we’re just coherent enough to miss the days when ours worked (and now you know why zombies love eating brains).

Some supplements that can deliver substantial benefits in this area are:

Bucked Up Pre-Workout: Whether you want our non-stimulant Bucked Up or one of our higher stimulant pre-workouts, you can rest assured knowing that each of these supplements delivers Alpha GPC, which has been clinically shown to sharpen mental focus. And, to really optimize brain health, BAMF is equipped with Huperzine A and Hordenine. Huperzine A increases memory recall and is neuroprotective. Hordenine is what Bradley Cooper would have taken in Limitless, if the movie were remotely realistic. Read this informative flexible dieting 101 blog. Check out the best foods to build muscle.

Head on over to your local grocery store to up your nutrition game. And, for even more results, check out any one of our epic brain-enhancing pre-workouts, and follow it up with some of our other mental wellness (and pro-GAINZ) supplements. Stay frosty, fam.

Protein on Keto: Ditch Your Ignorance