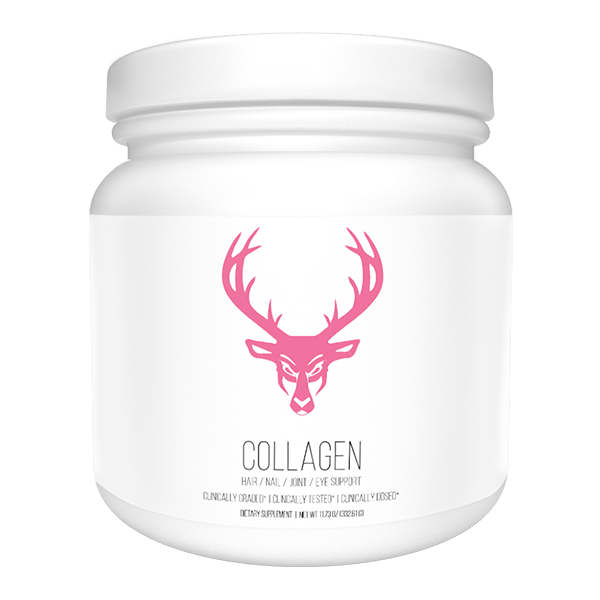 Allow me to introduce…Collagen, the underdog powerhouse

There’s a powerful new supplement on the market which isn’t actually new at all. A powerhouse when it comes to building muscle, Collagen is starting to truly shine.

It’s like this: Remember that misunderstood kid back in high school who was picked on, called a nerd, etc., then eventually became a multimillionaire (and possibly your boss’s boss)? Yeah, neither do I. It was just one of those weird tropes in movies from the early 2000’s. But, if that underestimated kid did exist (and in supplement form), he/she would be Collagen.

In other words, we’ve been underestimating how powerful Collagen is in all aspects of health and fitness, including how it helps build muscle and accelerate fat loss.

Since it first came on the market as just another beauty supplement, it’s been pigeonholed into something women should take for their hair, skin, and nails.

Well guess what, history. This is the 21st century, and we refuse your gender norms now! Hashtag progressive AF.

With the advancement of science (excluding political science of course), we’ve recently discovered some truly magnificent benefits associated with taking collagen. They are:

Do me a favor. Read that list one more time. Awesome. Now go make some gains and get yourself on that collagen game (code goheromode20 for 20%).

If you dig learning and want to understand more, and figure out how the hell I’m justifying such grandiose claims, read on.

For the record, this post is primarily going to be about Collagen’s effect on muscle growth, fat loss, and sleep. It gets enough hype for the other stuff. And, I’m biased.

How does Collagen help build muscle and what is it?

GET READY FOR SOME KNOWLEDGE TO DROP…

Collagen is the most abundant protein in the entire body, making up 25-35% of the total protein in the body. Often referred to as a complex protein, Collagen plays host to 19 different amino acids. Of those 19 amino acids, there are four that make up the highest percentage. Here they are (as well as some of their benefits):

Knowing that alone is exciting, since Glutamine and Arginine are such well-known, and helpful amino acids in building muscle and burning fat. So much so that we actually have some in our raw line (shameless plug).

Collagen as a protein source

When building muscle, there’s an important concept to understand and focus on. It’s called nitrogen balance. Here’s how it works:

Here’s where shit gets crazy. Per gram, Collagen has a higher nitrogen content than Whey.

Wait, are you saying what I think you’re saying?

I don’t read minds (except for on Monday’s and Wednesdays when I do palm readings), but likely, yeah. I’m saying what you’re thinking I’m saying.

What’s synonymous with muscle growth again? Gains, fat loss, improved performance, look better naked. And look better in your lulu too, if that’s your thing (I personally prefer these).

Don’t get me wrong, Whey Protein still plays its own role, given that it’s a faster digesting protein than Collagen, but I definitely think Collagen needs to be added in to the mix. In fact, I’d suggest throwing out your lame casein protein and throwing Collagen in instead.

How to build muscle with Collagen by improving sleep

When you lose sleep, or don’t sleep well, everything else gets bucked up. That’s because when we sleep, our body does a lot of cool stuff.

Collagen is extremely high in Glycine, an amino acid which has a powerful effect on the brain, specifically the Hippocampus, an area of the brain responsible for alertness, articulation, and focus.

Now, right beside the Hippocampus are two important receptors:

In the Glutamate state, you end up in an anxious state, borrowing a lot of energy from tomorrow to utilize today. Obviously we don’t want that, but at the same time, we always have a lot of tasks to complete, right?

Well, that’s where Glycine comes in. Glycine actually helps produce GABA, in turn allowing us to sleep better. Now, some of us can’t afford to sleep like princesses for 8-10 hours a night, but guess what. GABA not only puts us into a deeper sleep, it puts us there FASTER.

Don’t you think it’s time you stepped up your supplement game? Earn some beautiful gainz in; muscles, skin, and hair. Click here to learn about supplements for strength and size.