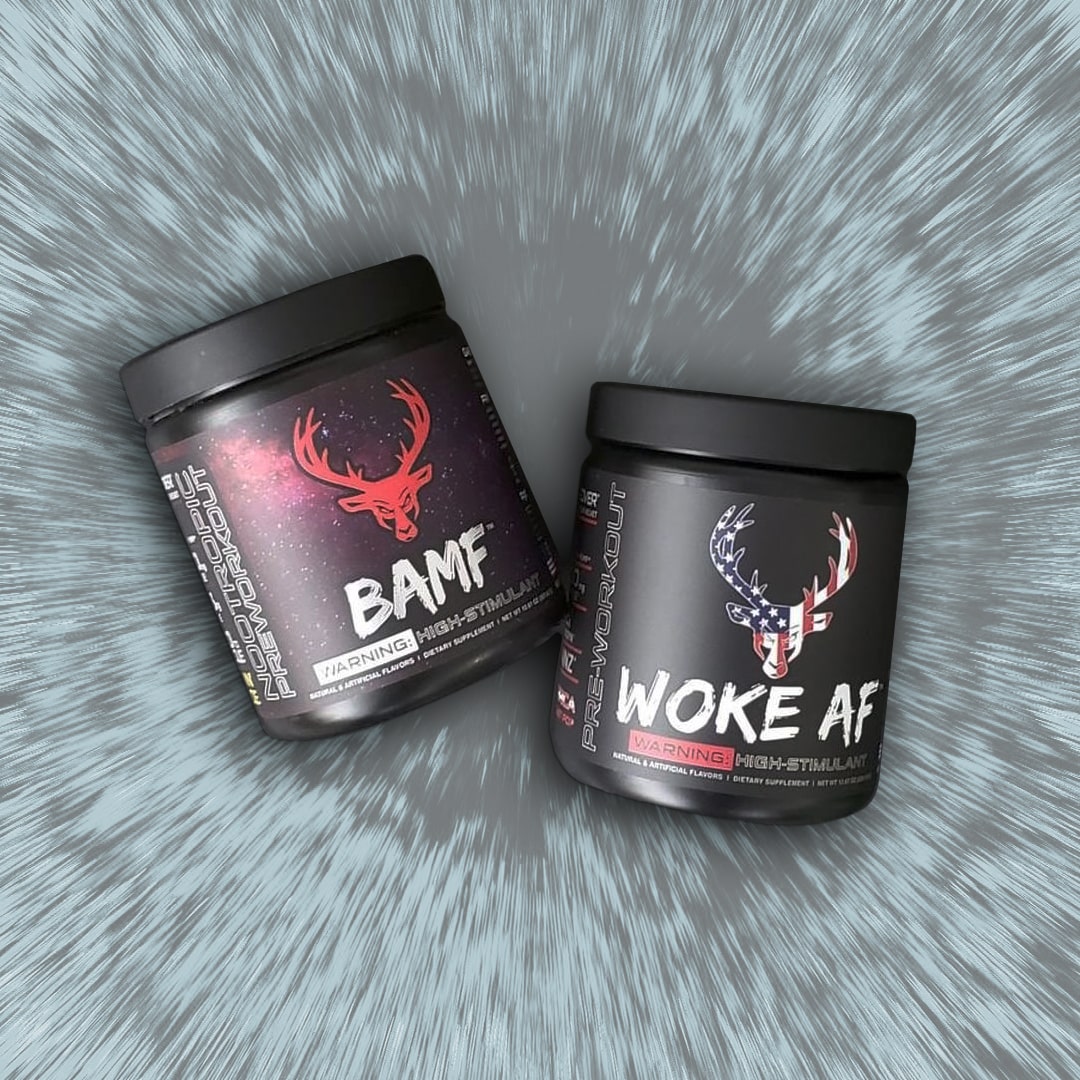 The most common question I’m asked about our nootropic pre-workout BAMF and our high stimulant pre-workout Woke AF is “what’s the difference between them?” In this article, you’ll learn the differences, the benefits of each supplement, and how to know which one is right for you.

Both pre-workouts would have been effective even without their bonus features, but the way we see it, if we can make a pre-workout that’s super effective, we’re going to. Every bucking time.

Taking Woke AF is like a badge of honor; it says you’ve earned the right to be here, and you are not to be asked: “how many sets you got left, bro?”

This high stimulant pre-workout is formulated for those with only the strongest of tolerances. Three different stimulants combined with clinically proven cognition enhancers,* and a potent delivery system helps you stay WOKE through even the most grueling of workouts.

As the world’s first and only true Nootropic pre-workout, BAMF was not formulated for noobs, aimless wanderers, gym chatters, or those hunting for someone to interrupt mid-set. Taking BAMF is a label: “I’m not here to talk, I am here to work.”

BAMF was formulated for those who want to dive into what’s called in the biohacking community, the flow state. It is for anyone who craves the tunnel vision, approaches their training sessions as systematically as an assassin and its mark. On the flip side, BAMF is also beneficial for those who have trouble focusing.*

Not only that, it helps improve the Mind to Muscle connection:* Any elite performance is an outcome of the melding of your brain, with its synapses, both neuron & chemical, firing synergistically to command your body, with its muscles and everything they attach to, to perform the outcome you demand of it, of yourself.

Its two additional ingredients for even better focus than its counterparts are:

The true nootropic definition, as far as any gym-goer, Silicon Valley baller, or gamer is concerned, is obvious. It’s BAMF:

The Difference and the Decision

So really, the difference comes down to two ingredients…the rest is the same!

Everything is the same other than those two ingredients. Both have 6 grams of Citrulline, 333mg of caffeine per serving, both have Deer Antler Velvet Extract, AlphaSize, Astragin, Actigin…and both are incredibly powerful high caffeine pre-workouts.

The choice is yours at Buck-a-Rama. Personally, I keep both around. I use Woke AF on days where I didn’t get enough sleep the night before. I take BAMF on the days where I’ve spent all day doing bookish nerd stuff and need some extra help retrieving my brain function.

And if you’re having trouble choosing which one is for you, then I’d suggest doing as the biohackers do; self-experiment. Take Woke AF one day, assess how it went. Then take BAMF the next day, and repeat.

The Pillars of Muscle Building: ALL BULK NO BLOAT